How do we know what is the right source for our faith? The right direction? The right authority we can depend on? The earliest church had to struggle with these exact questions.  During the first two centuries, the canon of scripture was still in formation. The writings of the apostles and Paul were out there, but much was not consolidated. How did they find their way with so few road signs?

We get some important clues when we look at Polycarp’s Letter to the Philippians.  Polycarp had been a student of the Apostle John and a link to the first Christians who followed Jesus. When the Church in Rome was recovering from the martyrdom of Peter and Paul, there was great confusion and fear. Polycarp appeared on the scene and helped the Romans find new stability and recovery of their sense of direction. He also was on hand to rebuke Marcion when the heretic attempted to persuade the Romans to follow his heresy. Polycarp had always been a person they could turn to.

In his Letter to the Philippians, Polycarp had large chunks of material taken directly from Christians behind him. He acknowledged his indebtedness to these earlier authorities.  The way in which he used the sources allows us to discover how Christians had begun to use the written form as an authoritative guide for building their faith and practices.

While this is more than acceptable in the 21st century, the practice was unheard of in the Roman world.  The pagan cults had never used religious texts in this manner. The ancient cults were polytheistic and were about behaviors that pleased the gods. Because they were practice oriented, doing whatever the correct procedure was took care of the matter. Specific beliefs or writing were not important to them.

Because of their commitment to the Torah, the Jews were the exception to this practice.

. Of course, the first Christians were Jews and this carried the custom forward. Jesus interpreted the Torah and laid the groundwork for the first Christians to do the same. Whether the Romans understood it or not, the ancient writings were basic and became their guides.

In time, the early Christians developed four guidelines to determine what they would consider as authentic scripture. The book had to be ancient from the time of Jesus. Only what was written by an apostle or a companion of an apostle was acceptable. A manuscript had to have the approval of the entire church and not just some segment of believers. Finally, the viewpoint had to reflect correct belief that was accepted by their entire church.

In time, such writings became the canon or law of the church. Today when we turn to The Bible, we are reading what the first Christians affirmed as true and authorities for all believers. Twenty centuries are behind us saying, “It’s the truth!”

Contributed by: The Most Rev. Robert L.Wise

THE GIFT OF SEX

One of the pressing issues of our time is how the opposite sexes should relate to each other. What is proper? What is immoral? Here’s what some of the Church Fathers wrote:

Sex is not evil; it is a gift from God. But it can become a hindrance to someone who desires to devote all his (or her) strength to a life of prayer … Concerning sex, we must strive for self-control. St. Paul tells us to seek peace and sanctification, without which it is impossible to see the Lord. Let us pursue holiness.

Only the lifeless are exempt from the battles of lust. We know, then, that the struggle of flesh and spirit is extremely useful to us… to gain self-control and mastery over our desires.

Christians practice self-control and exercise continence, observe monogamy, guard chastity, and wipe out all injustice, destroying sin with its root.

I beseech you as aliens and exiles to abstain from the passions of the flesh that wage war against your soul. Maintain good conduct among the Gentiles, so that in case they speak against you as wrongdoers they may see your good deed and glorify God…

HELP FOR OUR MISDEEDS & MORAL SHORTCOMINGS

APOSTOLIC INSIGHT What can the Apostles and Church Fathers tell us about our times? What advice do they have for our problems? Here are some of their thoughts— 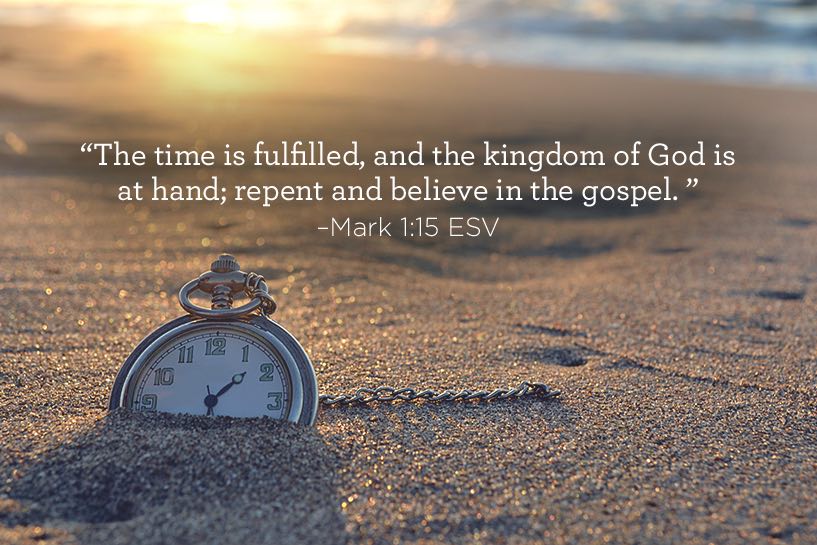 Do we mess up? Sure do. Our moral failures dull our minds, hearts, and consciences. The worst part is continued repetitious degrading behavior that leaves us spiritually dead. We often see behaviors on television that might be entertaining to watch, but leave us wrecked if we lived out such behaviors. While we are all guilty of experiences out of the past, the conclusion to be drawn is that we all need the same thing. Forgiveness.

Here’s what the first Christians taught us.

Let us then, so long as we are in this world, repent of whatever evils we have done in the flesh, so that we might be saved by the Lord while we yet have time for repentance. For after we have departed from this world, it will no longer be possible to confess, nor will there be then any opportunity to repent.

The sins of those who ask for pardon are forgiven. But see that you do not harbor hatred for your brothers when you ask forgiveness of your sins.

As wax melts before fire, so does an impure thought before the face of God.

Do not be ashamed to turn back and say boldly: I will arise and go to my Father. Arise and go!

He will accept you and will not reproach you, but rather rejoice as you return. He awaits you; just do not be ashamed and do not hide from the face of God as did Adam.

The right time has come, and the Kingdom of God is near! Turn away from your sins and believe in the Good News. (Mark 1:15)

HOW DO YOU KNOW YOU ARE A CHRISTIAN?

APOSTOLIC INSIGHT ~ What can the Apostles and Church Fathers tell us about our times? What advice do they have for our problems? Here are some of their thoughts…

For decades various groups have argued over what makes a person a Christian? Some churches want a special ritual while others only want a verbal affirmation of faith. What can we say?

The first Christians believed they were “new men and women in Christ.” They believed the experience of baptism was throwing away their former self and becoming a new person. (Ephesians 4:22-24) This was done with the greatest sincerity.  Here are insights from the earliest Christians and Church Fathers.

We who ourselves used to have pleasure in impure things now cling to chastity alone. We who dibbled in the arts of magic now consecrate ourselves to the good and unbegotten God. We who formerly treasured money and possessions more than anything else now hand over everything we have to a treasury for all and share it with everyone who needs it. We who formerly hated and murdered one another and did not even share our hearth with those of a different tribe because of their customs, now, after Christ’s appearance, live together and share the same table. Now we pray for our enemies and try to win those who hate us unjustly so that they too may live in accordance with Christ’s  wonderful teaching, that they too may enter into the expectation, that they may too receive the same good things that we will receive from God, the Ruler of the universe.

They worship no alien gods. They live in the awareness of their smallness. Kindliness is their nature. There is no falsehood among them. They love on another. They do not neglect widows. Orphans they rescue from those who are cruel to them. Every one of them who has anything gives ungrudgingly to the one who has nothing.

Adulters and corrupters of boys want to defame us who live in virginity or in strictly monogamic marriages. … To be just alone is not enough because to be just means to repay like for like, but we have been commanded to go far beyond this, to be kind and patient.

Hippolytus, Church Order in The Apostolic Tradition,  around 218 AD

The new ones to be accepted (in the faith) are questioned by the teachers about the reason for their decision before they hear the word. Those who bring them shall say whether they are ready for it (church membership) and what their situation is … Should we have missed anything here, practical life will teach you, for we all have the Spirit of God.

Let your light so shine before men, that they may wee your good works and give glory to your Father who is in heaven.

APOSTOLIC INSIGHT What can the Apostles and Church Fathers tell us about our times? What advice do they have for our problems? Here are some of their thoughts…

What did the first Christians think about money and how we should handle our accumulation of wealth? Interestingly enough, the New Testament did not condemn wealth or private possessions. The concern of scripture was having the wrong priorities. Putting our ultimate trust in what we can accumulate was a dead end street. The Parable of the Rich Farmer expressed this mistake (Luke 12:16-21) This parable was telling the listeners that it was more important to be rich in the things of God than only to accumulate wealth. Those that have resources should be concerned about the poor.

Much of the concern of the Church Fathers was because they suspected that great wealth was probably obtained through questionable ways. The bottom line is not riches, but the misuse of money is condemned. The Didache said, “Do not turn away the poor and the needy, but share everything you own with your brothers and do not say that what you have belongs only to you.”

The earth was made in common for all. Why do you arrogate to yourselves, your rich, exclusive right to the soil? Nature, which begets all poor, does not know the rich.  For we are neither born with raiment nor are we begotten with gold and silver. … Nature, therefore, knows not how to discriminate when we are born, it knows not how when we die.

As a further motivation to give, remember that Jesus gave his all to save us. For each of us he gave his life. Because he gave up his life for us, he demands we give our lives for each other.  If we owe our very lives to our brothers, shall we hoard our wealth, and keep it away from them? …. If we do not love our brothers, we are children of the devil and heading for the flames ourselves.  But the true Christian loves his brother!

He who holds possessions as the gifts of God … and knows that what he possesses is for the sake of others is blessed by God and poor in spirit.

Is God unjust to distribute the necessities of life to us unequally? Why are you rich, why is that  one poor? Is it not that you may receive the reward of beneficence and faithful distribution…?