The Teaching of the Twelve 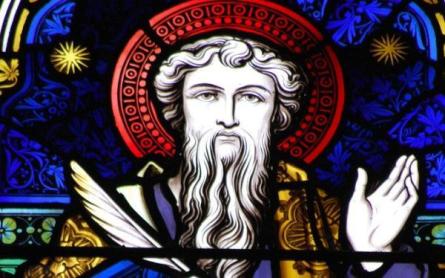 When I was a student at Pepperdine University in Heidelberg, Germany, I was faced with the teachings of a bible-based movement, simply called, “the churches of Christ.” Their emphasis was on the “Pattern” of the New Testament church as contained in the Scriptures. Their biblical interpretation was easily enough, “Where the Bible speaks, we speak; and where the Bible is silent, prohibition.”

Needless to say, I was drawn into this hermeneutic for a very long time; that is, until I began to open my mind to the “historical context” of the Bible. You see, historical context has to do with author, time, culture, original audience, political and geographic settings, as well as the occasion for the writings themselves.

I remember clearly. I was a professor and department chair of Psychology, Sociology, and Social Work when a colleague brought to me a copy of the Didache or “Teaching” in Greek. Obviously, extra-biblical litterateur, to be sure, but at that time in my spiritual journey, I was really eager to find an historical context for the things I believed. And, at the time of my discovery, the document was placed well within the First Century. (Later scholars now place it in the early Second Century.)

For me, what caught my eye, was the close proximity the text had to what I had simply knew as the New Testament church

I had long ago concluded that when St. Luke was addressing Theophilus in his book the Acts of the Apostles, he well understood that Theophilus was already engaged in Apostolic worship. To my way of thinking, since Theophilus was already attending, he didn’t require a detailed explanation. But, only an outline, which is clearly what St. Luke provided him: “They devoted themselves to the apostles’ teaching and to fellowship, to the breaking of bread and to prayer” (Acts 2:42, NIV).

This is where this little ancient tome, Didache, comes in–which was also dubbed the “Teaching of the Twelve”.

The first half of this book lays down a kind of code of Christian behavior, which separates two existing life styles: one of life and the other of death. The second half is a manual of Church Order–bingo! Just what I’ve been looking for in order that I might see and understand what Theophilus had already been experiencing.

It shares topics like: baptism, fasting, and the Lord’s Supper and the local ministry of both Bishops and deacons. It in NO way contradicts the Word written, it simply goes into more detail then St. Luke’s narrative allows. Truly fascinating as we wind up with a pattern of Worship which included the Teaching of the Twelve (to include St. Paul, see 1 Corinthians 11:23 [For I received from the Lord what I also passed on to you: The Lord Jesus, on the night he was betrayed, took bread … broke it … NIV]). You see, this is a clear reference to the “Breaking of bread” in St. Luke’s outline to Theophilus.

With this way of thinking, I could go on and on.

My hope, is that you’ll discover this primitive Manuel, Didache, and make your own joyful conclusions. For me, this is not a challenge to the pattern of Worship as found in the book of Acts, but rather a reinforcement of its integrity. Written by Father Michael O’Donnell

This site uses Akismet to reduce spam. Learn how your comment data is processed.